Hallmark carry out numerous projects for Radian. This bin store is situated in a small estate of modern constructed houses and flats close to Southampton Football Club’s St Mary’s stadium. It had suffered serious damage to the structure and roof following an arson attack. The bin store serves two blocks of flats together with the surrounding houses and it was therefore essential that the repair works were undertaken urgently to avoid the build up of refuse and the possibility of attracting vermin.

Hallmark submitted a quotation that was more competitive than the insurer’s approved panel of contractors. The works involved a complete stripping out of existing roof coverings and substrates together with the replacement of the majority of the structural timbers and masonry walls with cedar cladding.

The client had to satisfy the requirements of the insurance claim, hence all the works had to be installed ‘like for like’ to the original including a complete zinc roof and associated flashings. 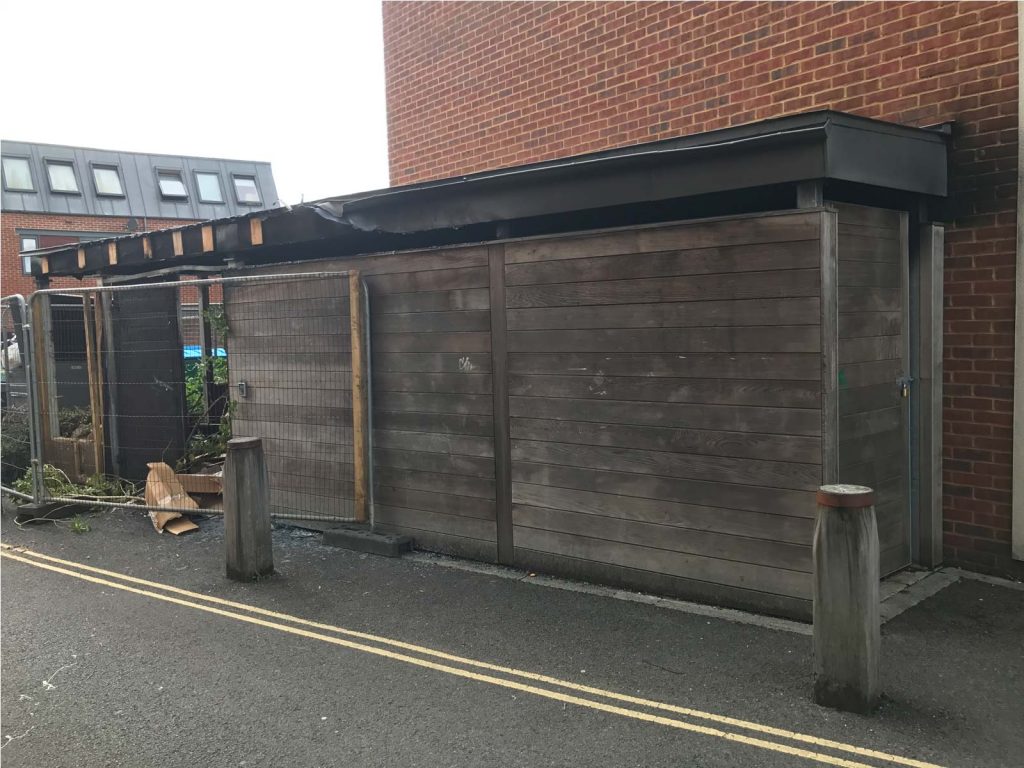 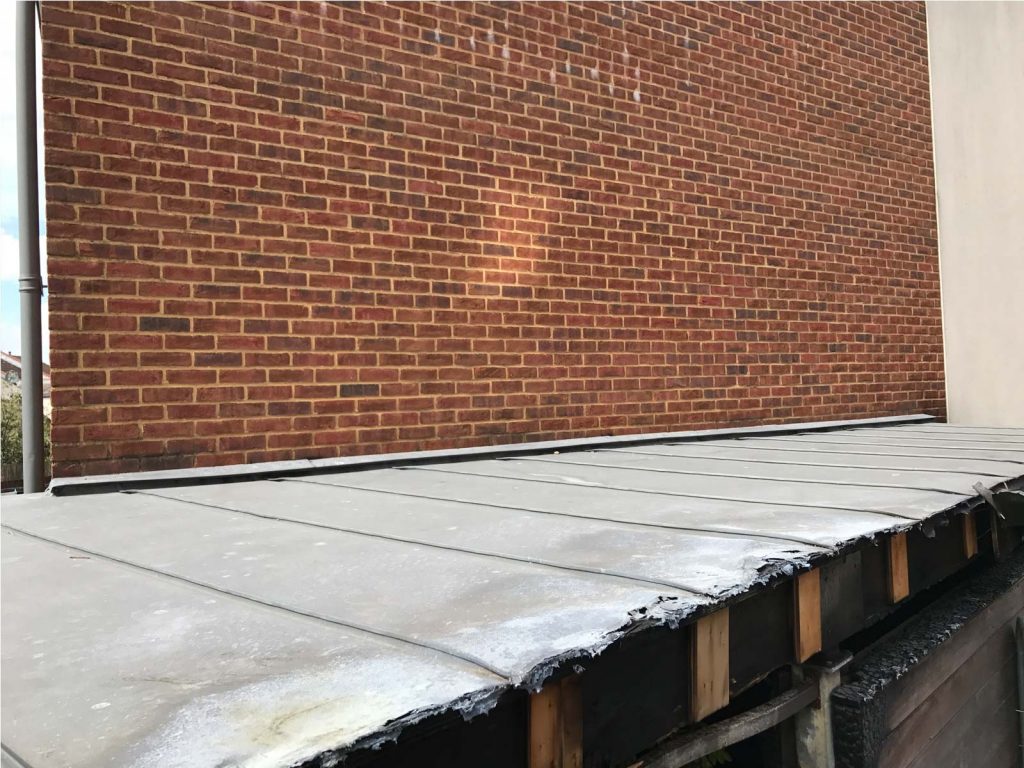 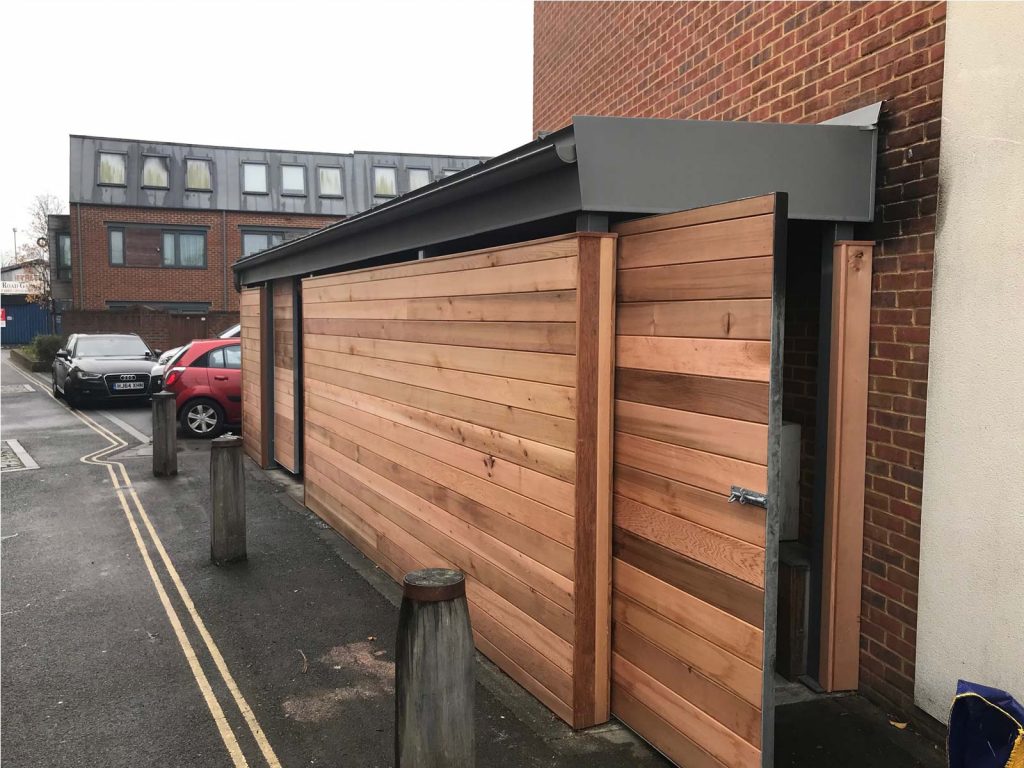 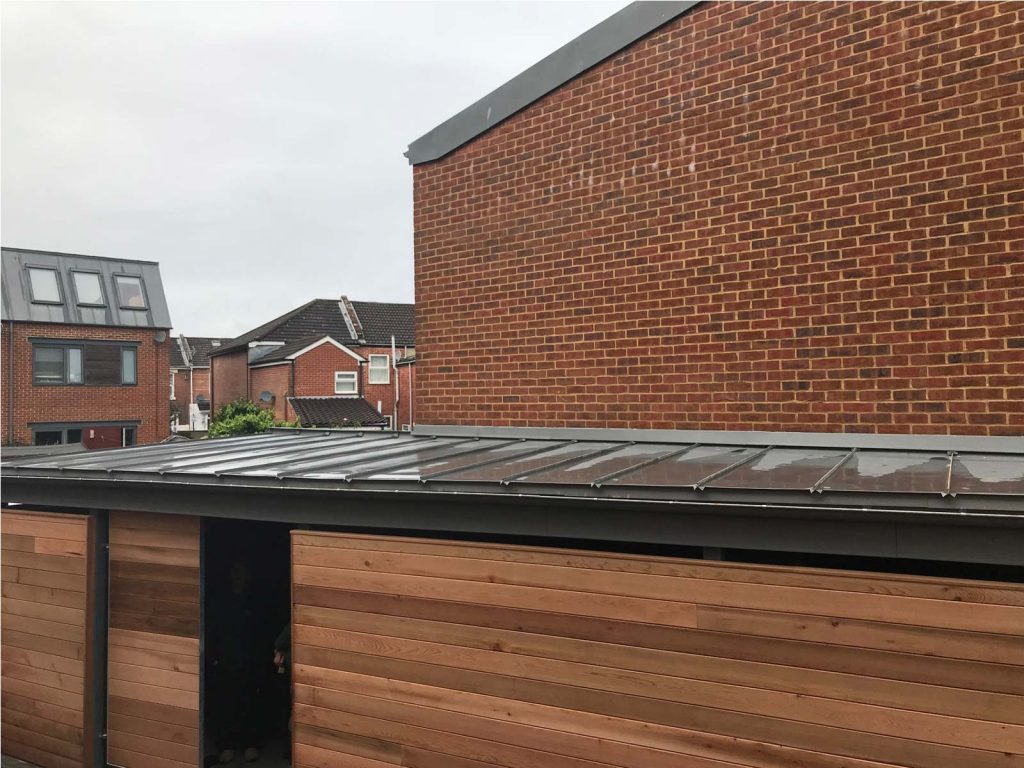 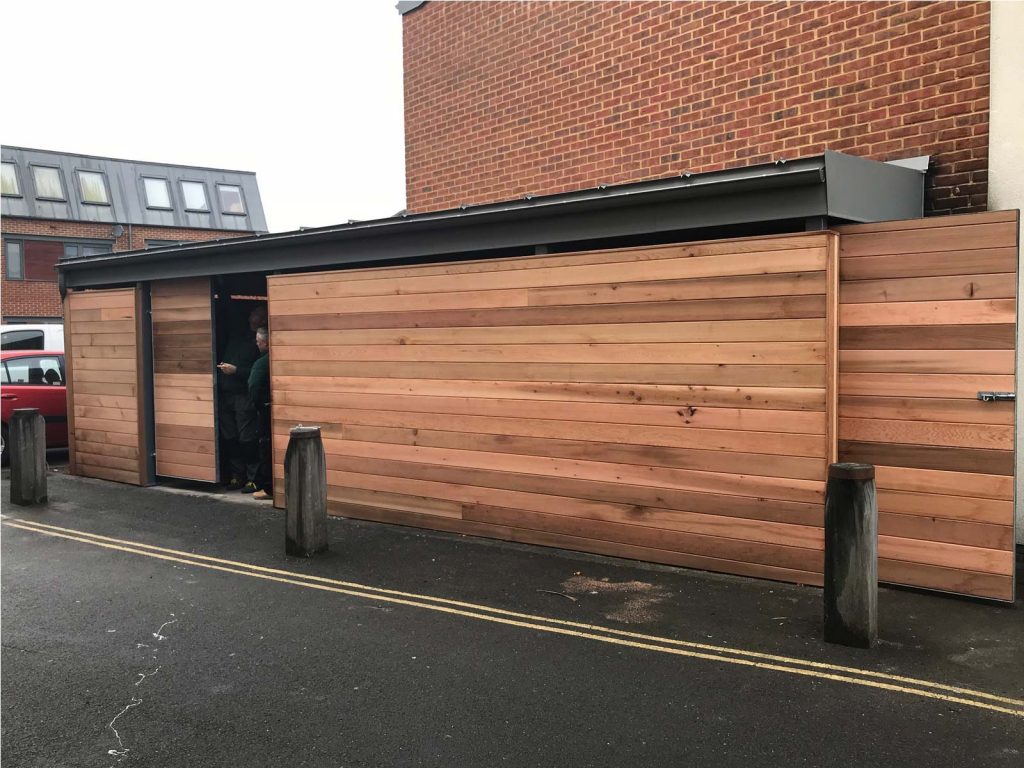 The works were completed in a short period of time, much to the delight of the residents who then had a safer and more pleasant environment with the refuse being contained back within the confines of the bin store and a digital magnetic lock for security.